Assateague Island is a unique island on the Atlantic Coast of the United States. The island was cut off from its northern neighbor, Ocean City during a 1933 hurricane splitting the two and forming what we know today. The island is current dived up into three different parks.  The Maryland side consists of Assateague Island State Park and the Assateague Island National Seashore. The Virginia side is the Chincoteague National Wildlife Refuge.

Most famously know for the wild ponies that inhabit the island. They gained wide spread acclaim with the 1947 novel, Misty of Chincoteague, written by Marguerite Henry. A fictional account based on a real life pony.

Each summer the Chincoteague Volunteer Fire Company, which owns the ponies on the Virginia side of the island, auctions off the foals to keep the herd numbers controlled. Today, ponies and their descendants can be found all across the country.

There are numerous accounts as to how the wild ponies originated on Assateague. A Spanish galleon that wrecked off the coast and survivors that swam ashore, descendants of livestock owned by colonial farmers who let their horses run free on the island to escape paying taxes on them, among numerous others.

In both states you are able to visit a visitor center and get a closer look at some of the other wildlife and creatures that live on the island and the local waterways. Both sides also offer camping just off the beach, and both offer an off road location where visitor in 4-wheel drive trucks can drive onto the beach and enjoy surf fishing. The Virgina end, the Chincotegue National Wildlife Refuge is home to the Assateague Island Lighthouse, a 142 foot tall tower built in 1867 that is still active. 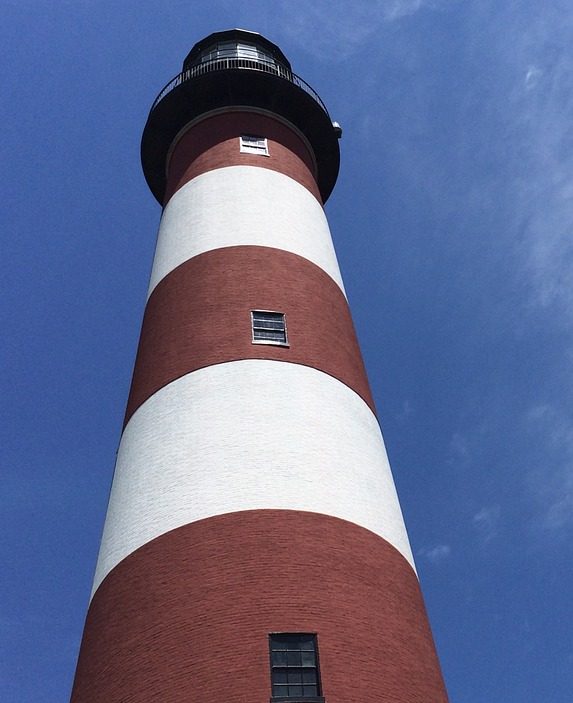 The Maryland end of Island sits close by Ocean City, MD a summer tourist haven similar to any beach town with all the amenities and attractions one would expect. It’s also accessed through Berlin, MD which was recently named Americas Coolest Small Town. Berlin, a town rich in history. Former home to Stephen Decatur, war hero and Navy Commodore, and legendary racehorse Man O’ War. Berlin has been featured in several Hollywood films over the years featuring stars like Richard Gere and Julia Roberts among others.

The Virginia end of the Island is accessed by way of Chincoteague Island. Chincoteague is a resort town and home to Pony Penning each July where numerous foals of the resident wild ponies are sold. The island houses a coast guard station. Rich in history itself, its home to many waterman and year-round residents. Before reaching Chincoteague across the causeway getting onto the island you pass Wallops Island the NASA Facility that’s now used to launch rockets that supply the International Space Station, and a nearby Naval Station, where former president George H. W. Bush spent time stationed. A NASA visitor center is located just outside of Chincoteague Island.

Assateague is a unique place to visit and explore each section and surrounding areas.